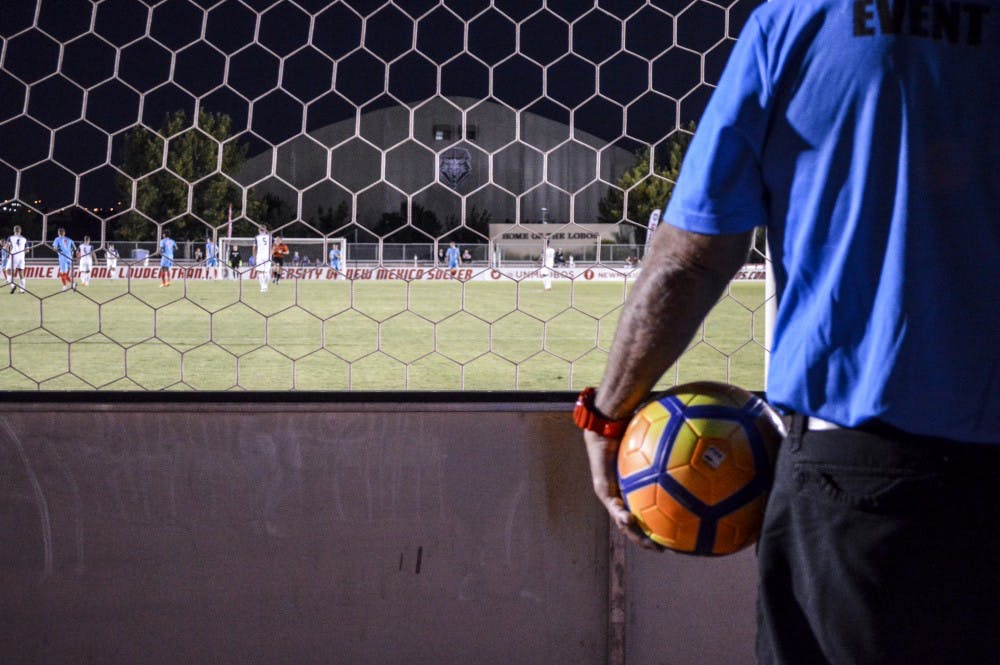 After being cut from the University of New Mexico’s budget, the UNM Men’s Soccer team along with other UNM club sports are getting a financial and institutional upgrade, courtesy of the President’s discretionary funds.

The “enhanced club-sport program” would include Men’s Soccer, Men and Women’s Rugby, Lobo Hockey and the yet-to-be established Men and Women’s Ski. The program, funded by the President and the Department of Recreational Services, would grant the clubs access to additional financial and institutional resources — such as practice facilities.

Terry Babbitt, chief of staff for UNM President Garrnett Stokes, said there wasn’t a set budget for the program yet. However, sources close to the matter have told the Daily Lobo that Stokes may spend up to $300,000 to support the program.

He added that the immediate budget would likely be much less.

In August 2018, the UNM Board of Regents voted to cut men’s soccer, men’s and women’s skiing, and women’s beach volleyball in order to comply with Title IX and to address budget concerns, as reported in the Daily Lobo. The cut was recommended by Athletics Director Eddie Nuñez and Stokes. The decision was met with boos and jeers at the time it was made.

“This is the money that the administration wants to use to replace those varsity teams,” Recreational Services Director, Jim Todd told the Daily Lobo. Todd’s department will be managing the program. “I’m hoping that it is more than that and that it becomes more than that. I don’t want to be told I can only fund those clubs. I’m hoping that I can have the authority to spread the wealth,” Todd said.

Babbitt said the President’s decision to send her discretionary funds toward this project came after “listening to the community.”

It’s unclear if the discretionary funds will be recurring, according to Tim Gutierrez, an Associate Vice President, Student Services, who oversees the Department of Recreational Services. He brought up the possibility of the club sports or the program going through the Student Fee Review Board (SFRB.)

Todd and Babbitt both emphasized that the program would be student-led. They also brought up the necessity of a board similar to the Student Publications Board or Student Union Building Board. This board would govern the allocation of money wherever it might come from. However, the process had not been worked out, according to Gutierrez.

Babbitt said, as of the publication of this article, only the position of club sport’s coordinator was fully funded. The job, held by new hire Mike Turner, ensures the program is in budget and compliant with Title IX. Turner will also be responsible for coordinating schedules and space to play with Athletics Department facilities.

“I have Johnson field, I do the best job I can to maintain it but for all practical purposes. The University and the community see it as a public park and it’s over used. To a great degree, I can’t control who comes on it,” said Todd. “Its not designed for competitive soccer games.”

According to Guiterrez and Babbitt, the Athletics Department had not made any guarantees on space, but that schedules for club sports and NCAA sports had not been finalized yet.

In the past, club sports were funded entirely through the budget and appropriation process within Associated Students of the University of New Mexico. According to budget documents, club sports are typically some of the biggest beneficiaries from ASUNM, just behind ASUNM itself.

Last semester, Women’s Rugby, Men’s Rugby and Lobo Hockey received a combined budget of $28,779 (Hockey received over $20,000.) ASUNM standing rules ensured that the budget did not include travel costs for away games. Women’s Rugby received a $15,286 appropriation in the spring 2019 semester. The majority of the request was earmarked for travel and tournament fees.

“As a previous finance chair, I could see us having a lot of discussion on it,” Lucas said.

Justin Garcia is the Editor in Chief of the Daily Lobo. He can be contacted at editorinchief@dailylobo.comor on Twitter @Just516garc.

Alanie Rael is Co-Sports Editor and a reporter for the Daily Lobo. She can be contacted at sports@dailylobo.com or on Twitter @AllyRael.

This site uses Akismet to reduce spam. Learn how your comment data is processed.